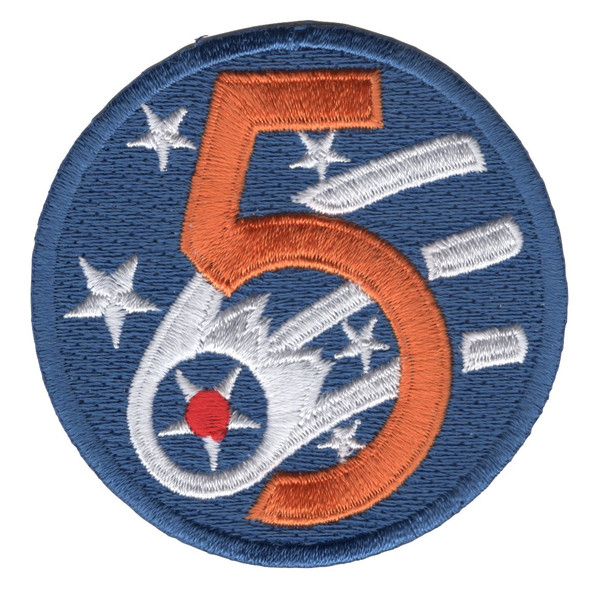 Sale Price: $9.80
Normally
— You save
Frequently bought together:

The Fifth Air Force (5 AF) is a numbered air force of the United States Air Force Pacific Air Forces and is headquartered at Yokota Air Base, Japan. It is the U.S. Air Force's oldest continuously serving Numbered Air Force. The organization has provided 70 years of continuous air power to the Pacific since its establishment in 1941. - Blue background with white and red shooting star and gold 5.
View AllClose