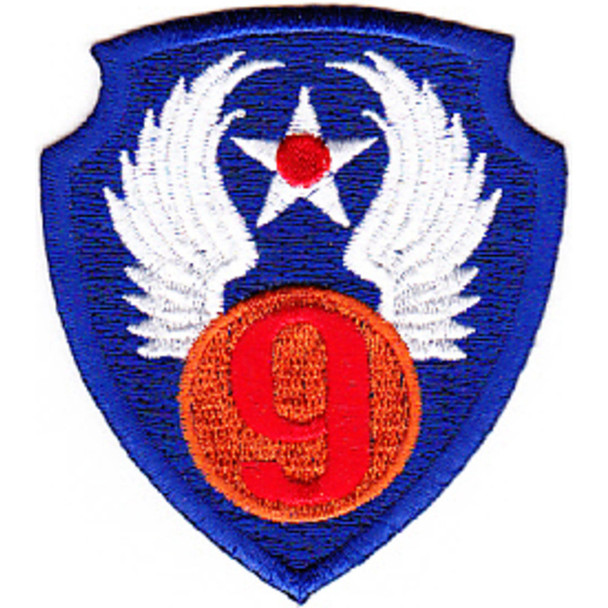 Sale Price: $6.85
Normally
— You save
Frequently bought together:

United States ARMY AIR FORCE 9th Air Force 1942 Military Patch The 9th Air Force was originally constituted as V Air Support Command on August 21, 1941 and activated on September 1, 1941. It was re-designated 9th AF in April 1942. The 9th AF participated in Egypt and Libya, the campaign in Tunisia, and the invasions of Sicily and Italy. The 9th transferred to England in October, 1943 and participated in Normandy invasion and the rest of the European continent until the VE-Day.
View AllClose