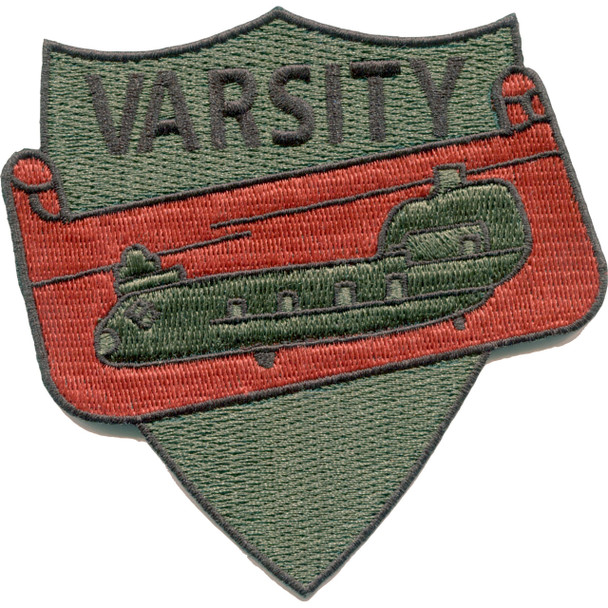 Your Cost: $10.62
Retail:
— You save
Frequently bought together:

B Co 159th Aviation Battalion, 101st Airborne Division patch used during the Vietnam war. The 159th was formed in Vietnam (1968) returned to Ft. Campbell in 1972 and was dismantled in 1981 (The Varsity patch was later modified to the V Ball patch with angry chinook) 1991 B Co was recalled at Ft Bragg; B Co was Hercules.
View AllClose

Your Cost: $7.90
Retail:
United States Army 101st Airborne Patch. This smaller patch insignia represents the "Screaming Eagles" and has the tab attached at the top. The 101st Airborne is a US Army light infantry division...
373