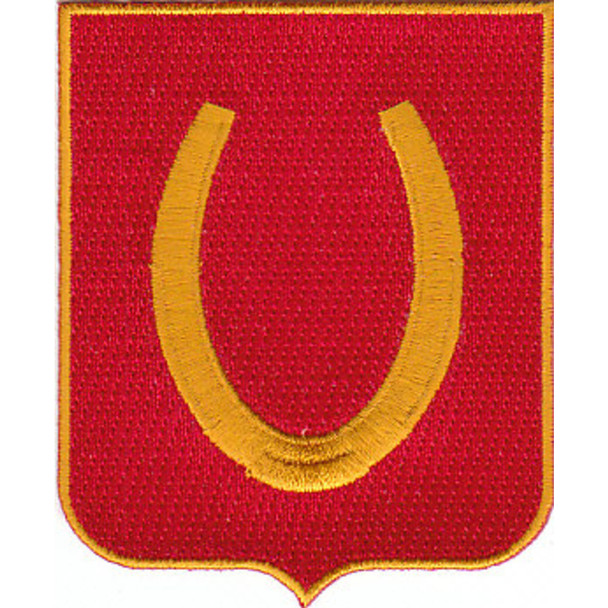 Sale Price: $9.40
Normally
— You save
Frequently bought together:

100th REGIMENT Distinctive Unit Insignia. Description: A 3 x 3.5 inch consisting of a shield blazoned: Gules, a horseshoe Or. Symbolism: The shield is red for Artillery. In the year 1716, Governor Alexander Spotswood formed a company of thirty men for the purpose of crossing the mountains into West Virginia and exploring the territory. At the conclusion of the exploration the men were organized and made Knights of the Golden Horseshoe and were presented with small golden horseshoes. The horseshoe commemorates that event. Background: The distinctive unit insignia was originally approved for the 375th Field Artillery Regiment on 27 April 1933. It was redesignated for the 375th Field Artillery Battalion on 21 October 1942. It was redesignated for the 375th Parachute Field Artillery Battalion on 20 January 1950. The insignia was redesignated for the 100th Regiment on 8 July 1960
View AllClose

Sale Price: $9.35
Normally
The 6th Field Artillery Regiment first formed in 1907. The regiment was activated from numbered companies of artillery. It was organized with 2 battalions.
2374