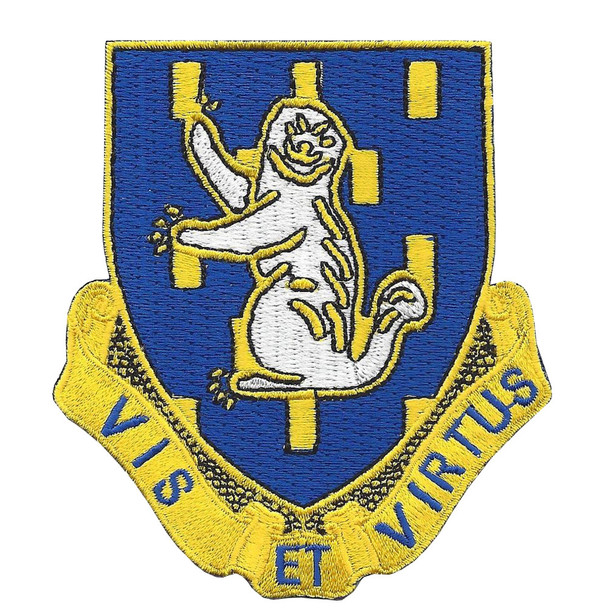 Sale Price: $9.15
Normally
— You save
Frequently bought together:

COMPANY C, 337TH INFANTRY REGIMENT is cited for outstanding performance of duty in action May 1944, near Tremensuoli, Italy. COMPANY C participated in a battalion attack on a strategically important hill which was a corps objective. Prior to this attack another battalion attempted to take the objective, but suffered heavy casualties and was unable to hold the hill. Advancing through intense and concentrated artillery and mortar fire which halted two companies of the battalion, they relentlessly pressed forward, and two platoons succeeded in reaching the crest of a hill in the route of advance toward the objective. - Blue and Yellow background shield with an animal featured in the center.
View AllClose