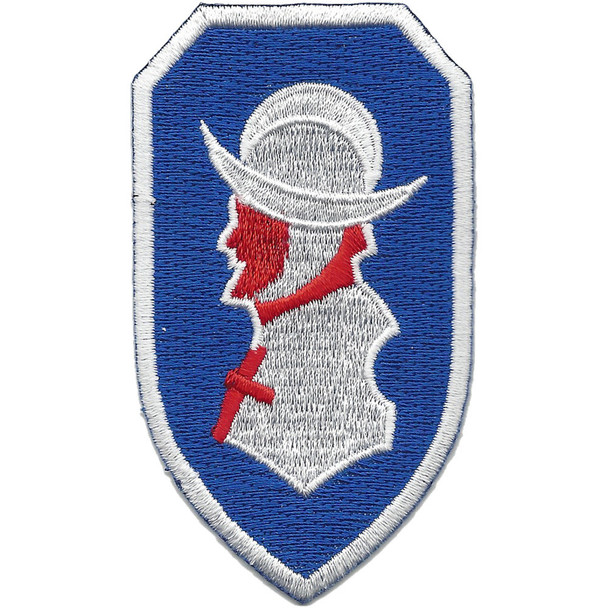 Your Cost: $7.91
Retail:
— You save
Frequently bought together:

US ARMY 295th REGIMENTAL COMBAT TEAM PATCH - RCT Worn from: 16 March 1953 - 15 February 1959. The bust of the Spanish soldier represents the early militia of Puerto Rico, organized in 1510 by Juan Ponce de Leon, which gloriously participated in the defense of the Island against the English and Dutch in the sixteenth, seventeenth, and eighteenth centuries.
View AllClose