to total nuclear annihilation. During the crisis, the US raised the level of alert to DefCon2. This was

just one stage away from signaling nuclear war. Nuclear disaster was only averted thanks to a

combination of good luck and cautious statesmanship. This is the story of how the crisis unfolded and

In the aftermath of the Second World War, there were two remaining superpowers, the United States

and the Soviet Union. For the next forty-five years these two geo-political giants would face off across

the globe in what is known as the Cold War. Unlike previous conflicts, this was a war of brinkmanship,

subterfuge and proxy wars. It was also a global competition overshadowed by the knowledge that

both superpowers had the nuclear capacity to annihilate their opponent.

military dictatorship headed by President Batista. The revolutionaries went on to replace this

government with a socialist state. In 1961 anti-Castro Cuban exiles, backed by the US government,

had attempted to overthrow the socialists in the Bay of Pigs invasion. The invasion was a failure and

pushed the Cuban government to request support from the Soviet Union.

nuclear missiles would help prevent Cuba from being invaded. It also served as a counterbalance to

the United States deployment of nuclear missiles in Italy and Turkey. Clear photographic evidence of

missile sites in Cuba were revealed by a US U-2 spy plane. Unfortunately, by the time the United

States discovered the Soviet Union's plans, material was already in Cuba to arm the nuclear missiles.

In October 16th, 1962, an emergency meeting of advisors to US President John F. Kennedy was

convened. This group was known as the Executive Committee of the National Security Council

(EXCOMM). The advice provided to President Kennedy was an air strike on the missile site locations

in Cuba followed by an invasion of the island. After deliberation President Kennedy decided on a

more cautious approach in the form of a naval blockade. The blockade was to be referred to as a

"quarantine". This is because a blockade would be viewed by the Soviet Union as an act of war. On

October 22nd, the quarantine went into effect. The US Navy would not permit any more weapons

from being delivered to Cuba. President Kennedy also insisted that the existing nuclear weapons

should be dismantled and sent back to the Soviet Union. 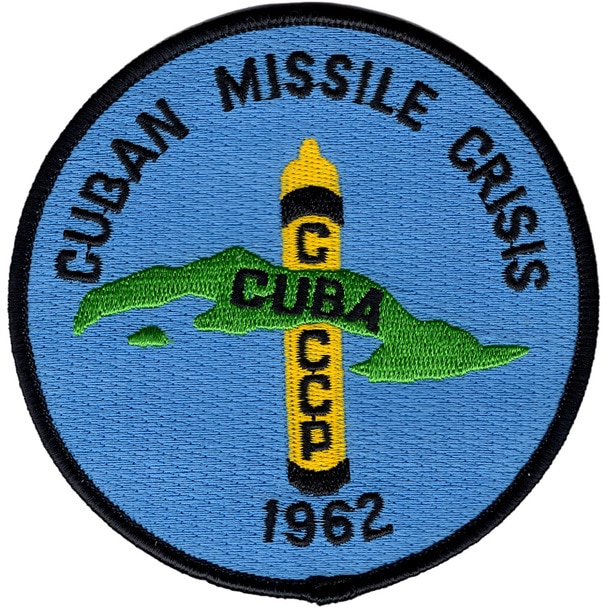 In response to the quarantine, Premier Khrushchev sent a letter to President Kennedy stating that

United States actions were an act of aggression that pushed the world towards nuclear war. This

would signal the start of the tensest six-day period of the crisis and in fact of the entire cold war. The

United States insisted that the nuclear missiles be removed from Cuba. The Soviet Union and Cuba in

response declared that the missiles were purely defensive and would remain in place. At the same

time the Cuban government continued to arm the nuclear missiles.

too deep to communicate with the surface. Consequently, the commanders of the submarine believed

that war between the US and USSR had already begun. The three most senior officers on the

decision needed to be unanimous. The Captain and Political Officer both agreed to the launch.

Disaster was only averted because the second in command refused.

While nuclear war was narrowly averted the danger was far from over. The United States moved to

DefCon 2 which was the state of defense readiness only one step removed from nuclear war. This

was the first time in history that the United States had moved to DefCon2. While preparations for a

potential nuclear war were underway, in the background negotiations continued to take place.

After an intense period of negotiations an agreement was reached. The United States would remove

the nuclear Jupiter MRBMs in Turkey and Italy. They would also agree not to invade Cuba in the

future. In return the Soviet Union would publicly announce its dismantling and removal of offensive

weapons in Cuba. It would also submit to verification of the removal by a United Nations inspection

team. Ambassador Dobrynin cabled Moscow stating that the USSR needed to act quickly as there

was only a small window of opportunity to avert disaster. The next morning at 9 am a message was

sent by Khrushchev saying that nuclear missiles would be removed from Cuba. The crisis was now

The quarantine would formally end on November 21st, 1962, after light bombers and offensive

missiles had been removed from Cuba. The Cuban missile crisis had highlighted the vulnerabilities

created by not having a direct line of communication between the leaders of the US and USSR.

During the crisis, nuclear war had almost occurred because of miscommunications. To prevent this

from happening in the future, a direct Moscow to Washington hotline was put in place. Agreements in

the following years would reduce tensions between the two superpowers, although longer term both

the US and USSR would continue to build their nuclear arsenals.

countries, for their perceived lack of aggression. However, the widely held contemporary view is that