The Domain of the Golden Dragon is type of highly coveted award granted to the crew members of the United States Coast Guard and United States Navy who crossed the International Date Line by military vessel. The International Date Line (IDL) was established in the year 1884 and is located in the middle of the Pacific Ocean at about 180 degrees east of the Greenwich Meridian. As the name suggests, this passage works as a separating line for the two calendar dates, which is why it is also referred to as the "line of demarcation."

This imaginary line extends between the North Pole and the South Pole, and arbitrarily demarcating each calendar day from the next, and the act of crossing the separating line made people feel like they were travelling time. In order to cross this passage, you will be needing to sail westward and go through the empire of the dragon in the Western Pacific, where the majestic strength of the dragon is being celebrated by the Asian nations.

Its most prevalent decoration in this certificate is the Chinese-style dragon that is commonly placed on both sides of the certificate. Dragon is a popular motif that is mostly associated with the Chinese culture but can also be found in Western Cultures. Many people see the dragon as a god, and even build temples for it, light incense sticks, and offer sacrifices to it, because they believe that this creature professes mighty powers and should be given the highest status among all animals. 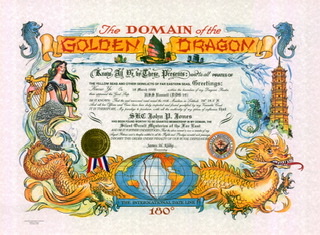 Historically, the Chinese dragon was associated with the Emperor of the country and is commonly used as a symbol to represent imperial power granted to the person. In most Asian culture, outstanding and excellent people are compared to a dragon, while incapable people with no achievements are compared to other, disesteemed creatures, such as worms.

The Domain of the Golden Dragon certificate basically contains information like the date of the certification awarding, the name of the passenger, the authorization that they are allowed to enter the realm given that they will treat the people and the place with full respect and honor. The certificate follows a standard size of 21.59 cm x 27.94 cm format.

It also involves the centuries-old initiation which is made to inaugurate ship passengers who have never passed through the line, where they will be forced to prove that they are worthy to make the transition. There are different types of ceremonies and initiations for sailors who successfully cross one place to another. Most line-crossing ceremonies and initiations often involve dangerous hazing rituals carried out for passengers' entertainment on cruise ships and civilian ocean liners. While some involve grand ceremonies that make use of paint, booze, grease, garbage, and probably shaving some random limb or appendage.

However, only few of these initiation ceremonies for the passage were held because of the fact that it has been so common due to the widespread and increase of Navy and military activity in the area of the 180th Meridian during and after the occurrence of the dreadful World War II.

Sailing over rough seas with the Orient in sight, sailors and military men throughout history have honored the achievement of traveling the International Date Line as a rite of passage deserving of recognition. As they celebrate the passage, they will be tested through some initiation process as a rite of marking their entrance or asking for acceptance into the place. The ceremony is a long- standing tradition of initiation that commemorates a passenger or a sailor's first time sailing to the place.

After successfully winning their rite of marking entrance, sailors will be granted a Domain of the Golden Dragon which is a certificate that honors their effort of passing through the line by military

vessels or cruise ships. Although unofficial, this certificate is given to those American and British sailors as well as military members who successfully finished the voyage. People who were granted with this kind of certification can proudly hang it onto their walls as a life-long reminder that they have propitiously crossed the separating line. 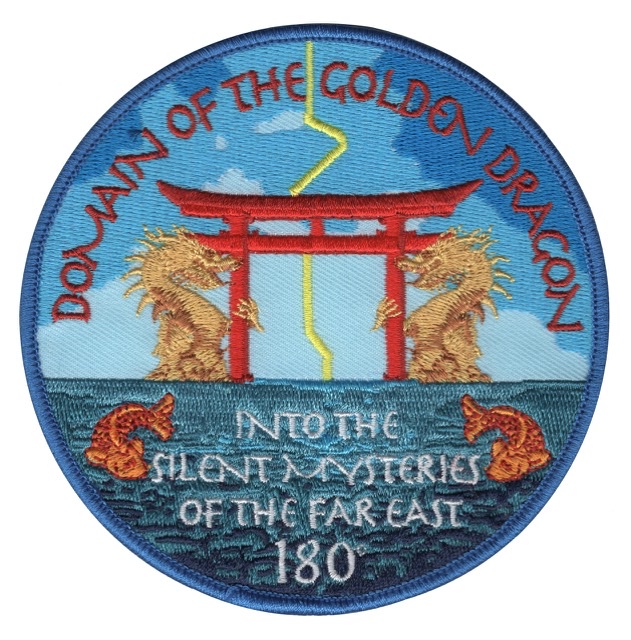