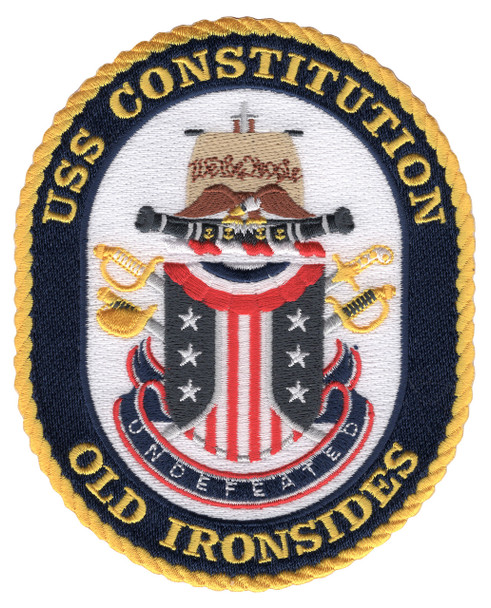 Sale Price: $13.25
Normally
— You save
Frequently bought together:

The USS Constitution launched in 1797. She is the world's second oldest ship still afloat. She is most noted for her actions in the War of 1812 in which she defeated 5 British warships and captured numerous merchant ships.The ship was retired from active service in 1881and was later designated as a museum ship in 1907.
View AllClose

Sale Price: $6.95
Normally
This is the blue and white text shoulder patch for the USS Chivo.
12927