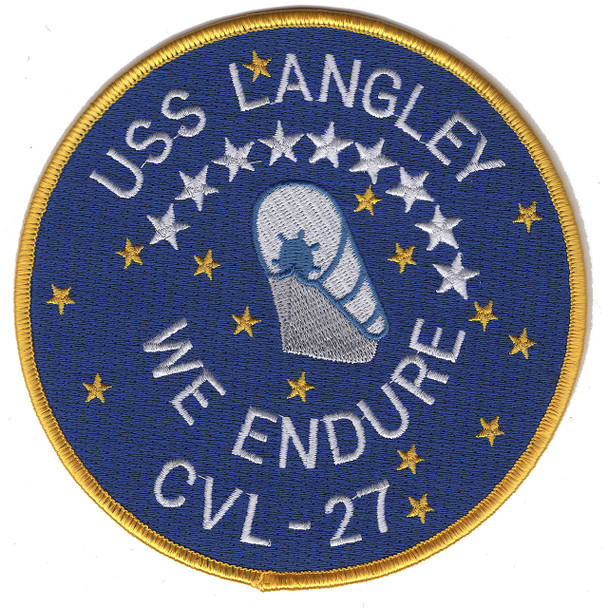 Sale Price: $11.50
Normally
— You save
Frequently bought together:

A United States Navy light aircraft carrier the USS Langley (CVL-27) served from 1943 to 1947, and in the French Navy as La Fayette from 1951 to 1963. Named after the American scientist and aviation pioneer Samuel Pierpont Langley, it received nine battle stars for it's World War II service. This is an original McGrogan's design featuring the motto "We Endure" with a depiction of a carrier covered like the pioneer wagon covers.
View AllClose