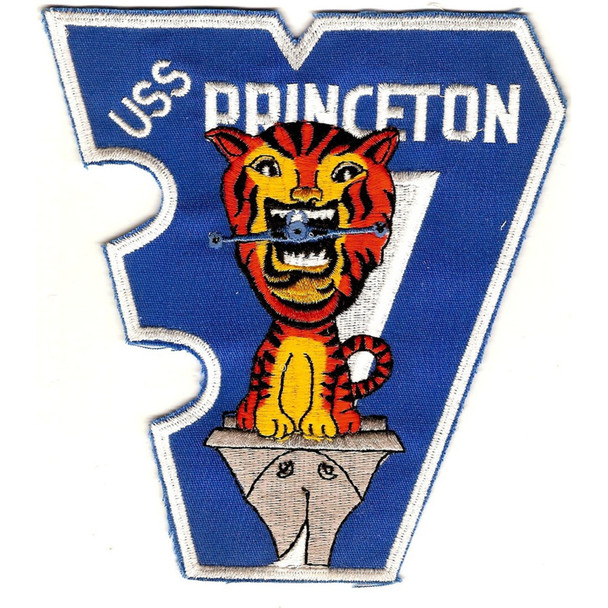 Sale Price: $12.20
Normally
— You save
Frequently bought together:

Sale Price: $11.50
Normally
Active in the Pacific ocean during WWII this was the fourth USS Princeton but the first time the CVL has had a design. A McGrogans original this patch features an orange field with a tiger, two cross...
12791