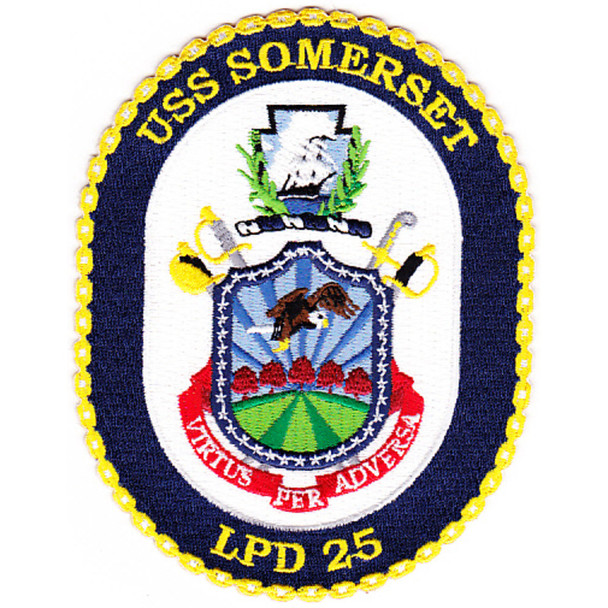 USS Somerset was a San Antonio class amphibious transport dock ship and name is a tribute to the passengers of United Airlines Flight 93 whose heroic actions prevented the plane from becoming the fourth weapon use by terrorists on September 11th 2001. The name of the ship name is from Somerset County in Pennsylvania where flight 93 crashed landed killing all aboard. The USS Somerset was commissioned on 1 March 2014.
View AllClose