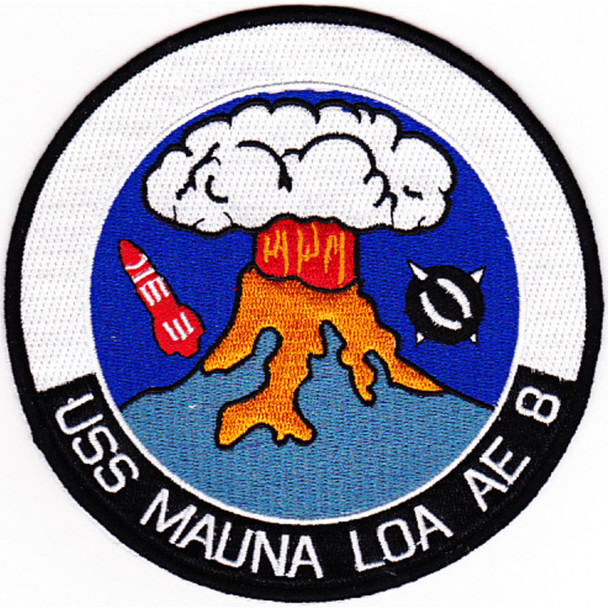 Sale Price: $12.60
Normally
— You save
Frequently bought together:

Sale Price: $10.85
Normally
AE-22 USS Maunakea Ammunition Ship Military Patch - Orange custom design with the ship in the center on the ocean with a green mountain behind it.
3911