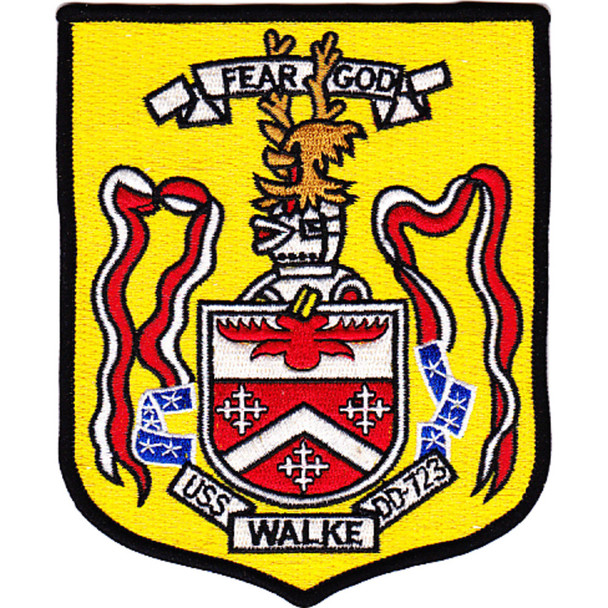 Sale Price: $11.05
Normally
— You save
Frequently bought together:

USS Walke was a Allen M. Sumner class destroyer commissioned 21 January 1044 and participated in Normandy landing on D-Day 6 June 1944. After the landing she transited to the Pacific Theater of operations where she came under by Kamikaze attack and was struck at the bridge fortunately the bomb did not explode but rather went through the ship midsection. Cmd George F. Davis saved the ship and latter died from wounds received during the attack. He earned the Medal of Honor for actions.
View AllClose

Sale Price: $11.25
Normally
USS Zellars was a Allen M. Sumner class destroyer combat ship saw action after her shakedown cruise in the invasion of Okinawa. DD-777 saw tours to the waters off Korea during the Korean War. She...
3774

Sale Price: $12.05
Normally
USS Twining was a Fletcher class destroyer combat ship participated in fire support operations for the invasion of Saipan in 1944. Also performed raids on the San Bernardino Straits in preparations...
9917

Sale Price: $11.55
Normally
USS Claxton was Fletcher class destroyer combat ship which served to support the landing of Rendova and also received a Presidential Citation for her participation in the struggle for the Solomon's. ...
9918