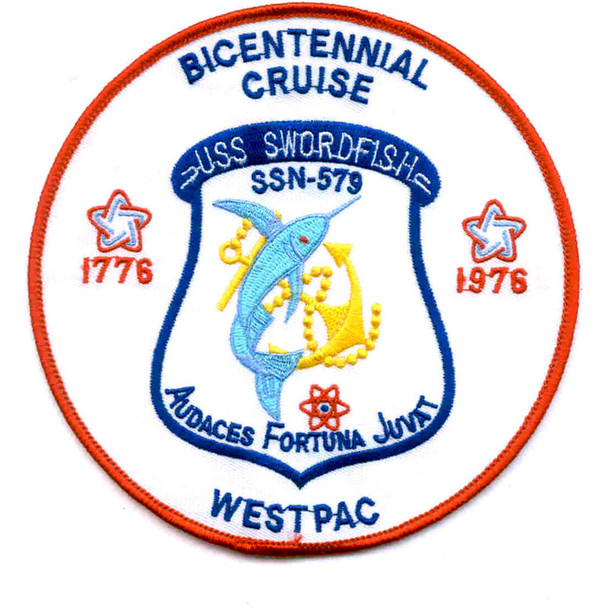 Sale Price: $12.35
Normally
— You save
Frequently bought together:

The USS Swordfish, a Skate-class submarine, was the second submarine of the Navy named for the swordfish, a large fish with a long, swordlike beak and a high dorsal fin. The contract to build her was awarded to the Portsmouth Naval Shipyard of Kittery, Maine on 18 July 1955, and her keel was laid down on 25 January 1956. - Bicentennial Cruise Westpac patch
View AllClose